This joke was quite popular in March in Hong Kong when bloggers noticed that after the hair salons were reopened, former Chief Executive of HK Carrie Lam looked a little bit different. So, the ban was lifted only for this purpose =)

Anyways, this post will be short and will be a summary of what changed in the city and how we survived in better circumstances than in Shanghai.

I think I already mentioned that in January we had a spike in new cases. In January and February, the local government announced that hair salons, stadiums, gyms, and playgrounds will be closed. In restaurants, only two people could sit at a table. Police were patrolling streets checking if people sit closer than 1.5 meters. Families, and domestic workers from Phillippines were fined on a regular basis. There were rumors of a complete lockdown but the authorities refused to implement the measures.

Some obstacles slowly started going away in March and even more in April. Still, there was a ban on many people per table, there was a mandate on using the LeaveHomeSafe app to track down your activities. Bars were closed. Only in May, they were reopened, and LKF, a famous spot for hook-ups and alcoholism. In May airports did not function normally though — Duty-Free shops were closed, and most of the venues were closed. But, on the bright side, the airport was empty and more comfortable to wander than usual.

2. What did I do during this period?

The last post is dated February 2022. Now is almost June. What did I do? Where the hell did I go and why didn’t I post stuff?

— I was working on my research proposal and presentation for the topic defense. It is the most important event that I had this year at Lingnan University. Failure would mean I wouldn’t be able to continue doing my Ph.D. in Hong Kong.

— Read a lot of material. But unfortunately, have to re-read some of the stuff because there was too much information.

— Was checking the news of course. You know why.

— Tried to fix things related to finance and stocks.

— Did hiking. More than usual.

— Planned my trip to Moscow. And interviews during my field trip. Still planning though.

And a photo of our BBQ hikes. We found it the only and the best way of retreating from the university workload and stupid pandemic rules. 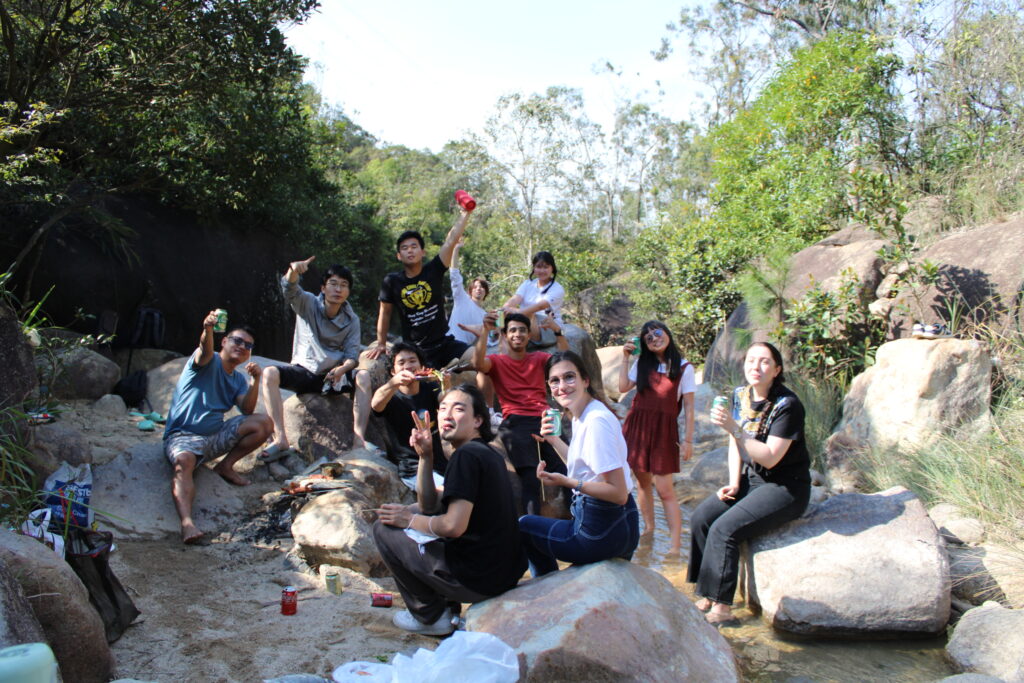